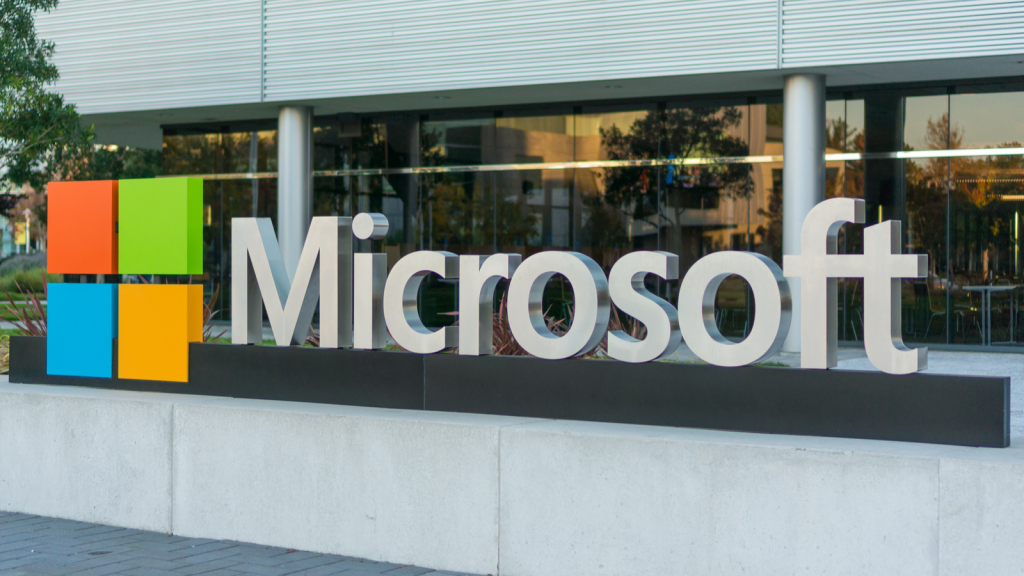 It has been a while, but it looks like Microsoft (NASDAQ:MSFT) stock has a solid chance to end the week as a winner. And there’s plenty of reason to hope that the winning streak will continue for a while.

Microsoft stock is up 1% over the last week — much better than the greater Nasdaq Composite, which has lost more than 4% over the same period. And while Microsoft is riding high on the strength of better-than-expected earnings, its the company’s future that is more exciting if you’re thinking about MSFT stock.

Microsoft announced on Tuesday that revenue for its fiscal third quarter was $49.4 billion, which beat the $49.05 billion that analysts expected. Revenue improved by 18% on a year-over-year basis.

Earnings were also a beat, coming in at $2.22 per share versus the $2.19 per share that analysts anticipated.

“Going forward, digital technology will be the key input that powers the world’s economic output,” CEO and Chairman Satya Nadella said. “Across the tech stack, we are expanding our opportunity and taking share as we help customers differentiate, build resilience, and do more with less.”

The company said its Intelligent Cloud division brought in $19.1 billion in revenue, up 26% from a year ago.

Microsoft issued guidance for the fiscal fourth quarter for revenue of $52.4 billion to $53.2 billion. Analysts are expecting an average of $52.95 billion in revenue for MSFT stock.

Earlier this month, I wrote that $275 was a key support level for MSFT stock, so I’m glad that the company is managing to stay at that level at least for now. It has been a challenging environment for growth companies in general, particularly as the Federal Reserve takes a hawkish view on interest rates in an effort to stem inflation.

But it appears that Microsoft will be strong enough to overcome those challenges. Morgan Stanley analyst Keith Weiss maintained his $372 price target and an “overweight” rating on MSFT stock after the company’s earnings report. He said the stock trades at an attractive multiple and issued “robust” guidance.

And Oppenheimer analyst Timothy Horan was encouraged by the company’s Azure Cloud Revenue, which grew from 46% to 49% in constant-currency growth. He has a price target of $340 and an “outperform” rating on MSFT stock.

I think Microsoft is still a strong name to buy and hold at this price, despite the short-term challenges facing growth stocks. There’s too much value and potential for long-term investors to ignore.

On the date of publication, Patrick Sanders did not have (either directly or indirectly) any positions in the securities mentioned in this article. The opinions expressed in this article are those of the writer, subject to the InvestorPlace.com Publishing Guidelines.

Patrick Sanders is a freelance writer and editor in Maryland, and from 2015 to 2019 was head of the investment advice section at U.S. News & World Report. Follow him on Twitter at @1patricksanders.